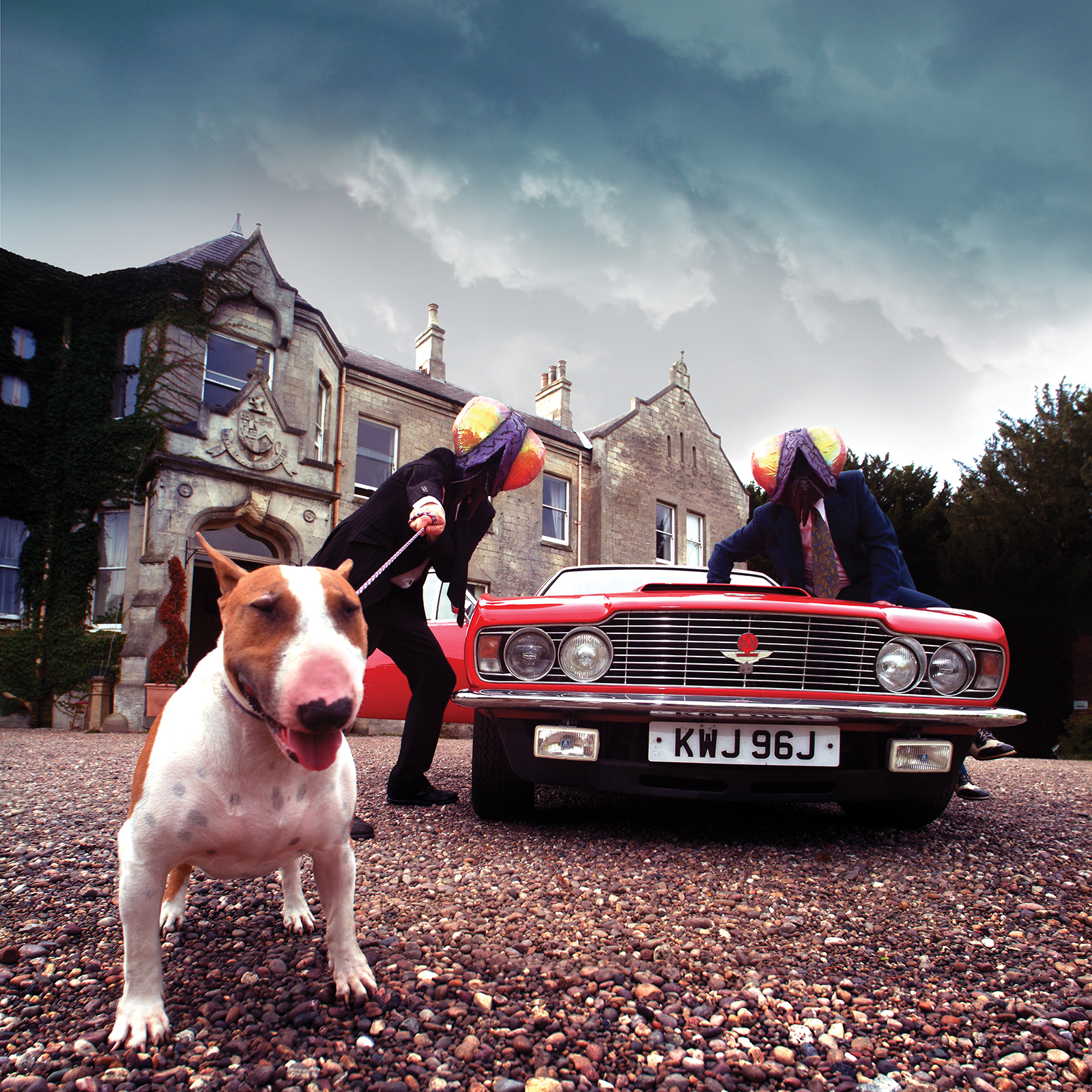 I Monster is a duo consisting of Sheffield based musicians and producers Dean Honer and Jarrod Gosling. Their albums include the acclaimed ersatz pop of ‘Neveroddoreven’, and the Moog and Buchla driven grooves of ‘Bright Sparks’. They’ve also produced albums by The Human League and Finnish pop star HK119, as well as scoring their own top twenty single with ‘Daydream in Blue’.

Here, I Monster present two new recordings inspired by the bizarre 1973 British cult horror film ‘Psychomania’, which concerns a gang of outlaw bikers who return from the dead. The A-side also features a vocal from acclaimed visual artist Kid Acne. This is a record that combines off beat horror with real dirty fun. In short, it’s classic I Monster.

“A psych-pop carnival sideshow…the kaleidoscopic jumble proves you can never have too many ideas as long as you keep an eye on editing.” – NME